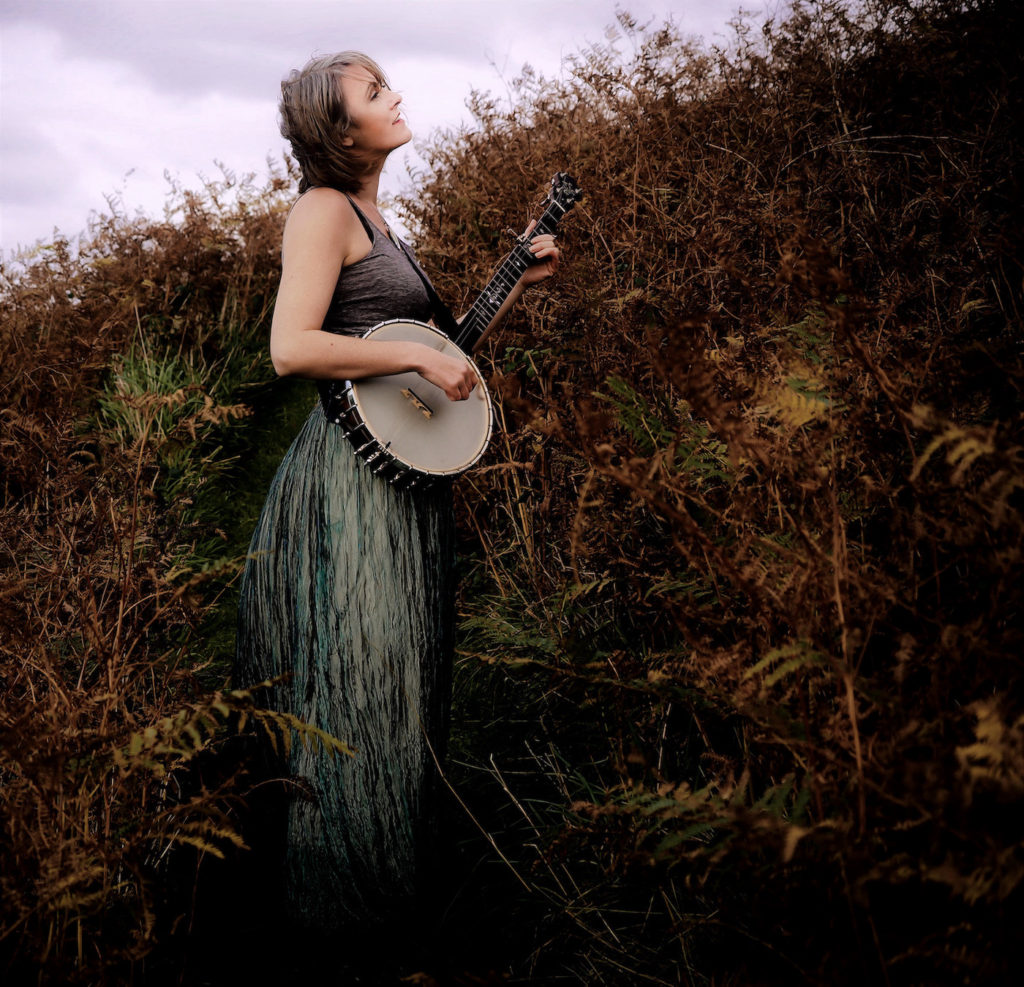 Born and raised in Yorkshire, folk artist and academic Fay Hield seemed destined to carve a career in traditional folk music. Growing up in the famous Bacca Pipes Folk Club in Keighley, Fay formed a bond of community and tradition that would go on to inspire. While at university in Newcastle studying for a Bachelor of Music in folk and traditional music, she formed the a cappella folk quartet the Witches of Elswick in 2001 with fellow house mates. The quartet disbanded after six years together, and Fay took time out of performing for a few years which she studied for a PhD. In 2009, after a move to the fringes of Sheffield Fay returned as part of a trio with Leveret’s Rob Habron and Sam Sweeney, playing obscure and rarely performed traditional folk songs. Released on Topic Records in 2010, her debut album, Looking Glass, featured a mix of traditional songs and ballads. In 2010 she also completed her PhD in English folk singing and the construction of community. Fays second album, Orfeo, came two years later in 2012, and saw her backed by the Hurricane Party, consisting of Jon Boden, Rob Habron, Sam Sweeney, Andy Cutting, and Martin Simpson. The following year Fay put together the folk supergroup the Full English, conceived to celebrate the bringing together of folk song collections by the English Folk Song and Dance Society through creation of the most comprehensive and searchable database of British folk songs, tunes, dances, and customs. After two years of touring with the supergroup, and having received two BBC Radio 2 Folk Awards, Fay returned to focus on her third solo album. Utilizing the skills of the Hurricane Party as her backing, she was also joined by Ben Nicholls from the Full English to record 2016’s Old Adam.

Following the 2018-19 Modern Fairies research project, which sought to draw supernatural archival sources to contemporary audiences, Fay released her latest album Wrackline. Exploring ideas of the space between, Wrackline looks to ghosts, fairies, spirits and talking animals to understand what it is about the unknown that entrances us. Working with traditional materials, and developing them with new compositions, Fay explores the feelings they evoke and how they relate to her experience in the contemporary world.  Universal ideas of death, love, motherhood echo through time and space. The songs on Wrackline play with these difficult ideas through the eyes of an unobtainable other, whether that be the dearly departed, a fairy from another realm, or the thoughts of animals, gives us space to work through very real social problems. Shifting between lighthearted stories about drunks sitting with pigs, to darker questions about infanticide, Fay breaths life and meaning into old stories presenting them with a fresh twist.  Expect to be enveloped in music, woven through magical stories and teased into thinking about your relationship with the world around you.

In these uncertain times, Fay continues to perform live and online in various formats from solo, through to a four-piece including long standing musical collaborators Sam Sweeney (fiddle), Rob Harbron (concertina, guitar and harmonium) and Ben Nicholls (double bass). A singer who seems to have been born knowing how to carry a tune, but with the rarer gift of knowing how to go straight to the heart of a song. She combines vision, inspiration and outstanding musicianship into a fresh and original exploration of how we use songs, stories and music to understand what it means to be human. Fay breathes new life into timeless stories.

How to get tickets: tickets will be available from Wiveliscombe Post Office or you can use the  contact details above.

The 2019 Festival has now passed, and what a blast we all had!

The Festival will return in September 2021.

The Street Market and Carnival will return in September 2021.

Directions: If you are coming from the Taunton direction, St Andrew’s is on the left hand side in Church Street, for car parking please carry on past the church to Croft Way car park which is just beyond the traffic lights.